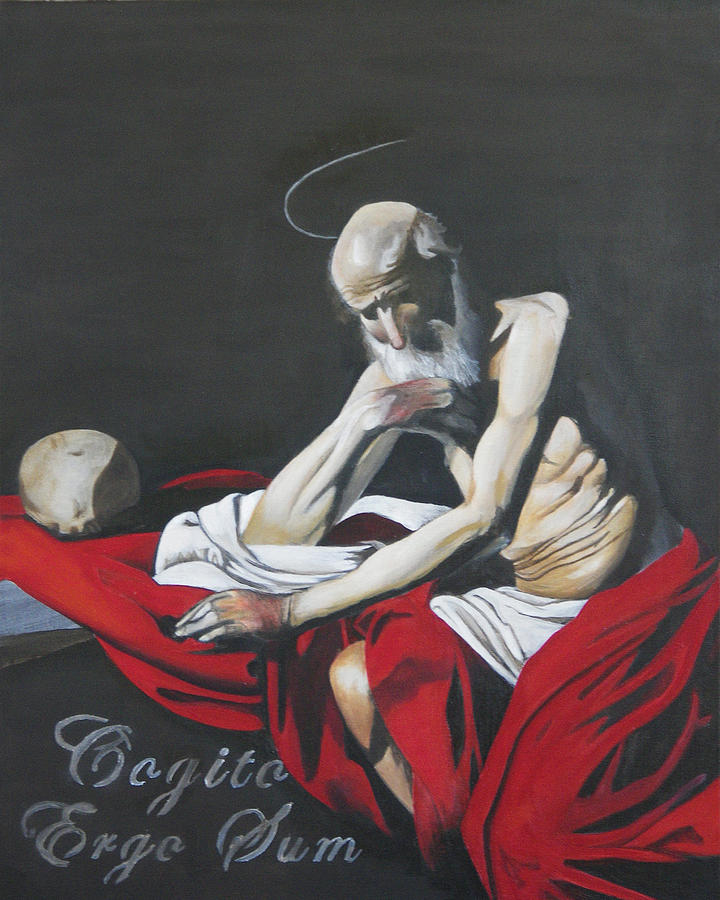 When Rene Descartes thought about reality, he wondered what, if anything could be considered absolutely real. As part of a thought experiment, he assumed an ultimate level of doubt, presuming that any and everything he perceived or imagined could be a deception. He concluded that there was one thing that he could not doubt — that was an absolute truth — his own self existence. And he penned his famous proposition, “I think, therefore I am” – Cogito Ergo Sum.

Earlier I suggested that the Universe is a miracle. The fact that humans can ponder it, as well as their own existence is a wonderful thing. It would be a shame if the Universe existed with no-one or no-thing able to give it consideration and appreciation. Of the many planets in the Universe (perhaps numbering in the sextillions) one has rational, comprehending, wondering life.  Ours.

The number of events that needed to occur for any one of us to exist is staggering.  So staggering, in fact, that I’d like to suggest that each of our individual existences is miraculous.  I’d like to touch on just three of the many extraordinary developments that must have occurred to pave the way for our particular selves to exist.

Some argue that of the many possible states the Universe could have taken, it happened to take one conducive to the production of intelligent life.  When that single point exploded as the Big Bang into what today consists of our Universe, there were many possible outcomes of that explosion.  It has been proposed that many of those possible states would not have had conditions that could support life as we know it. For example, some states would not have had physical matter. Others would have had extra dimensions, making planetary orbits unstable and climate erratic. But the forces, ratios, universal constants, laws of physics, etc… all lined up perfectly into an extremely fine tuned Universe that could support the emergence of conscious life.

Recognizing the improbability of such a Universe as ours, Brandon Carter coined the term Anthropic Principle in 1973, maintaining that of all the possible states the Universe could have taken, it took one that happened to support intelligent life, and that slight alternations among any number of factors would have produced a Universe incapable of supporting life as we know it.

I was recently impressed with the complexity of life while watching a video regarding DNA replication which illustrates a complex molecular engine making copies of DNA.[1] Each of our cells is a set interacting micro-machines, instruction sets and chemical interactions working together in amazing harmony and complexity. The number of these communities existing in our bodies is in the trillions. Communities of cells, in turn, act in harmony towards organ  and other function, which yet again work together to make up each of our selves. These innumerable interdependent agents acting together in layers of hierarchical synergy are controlled by our own unique DNA. The end result is sentient, living beings, each defined by that unique singular molecule containing the essence of our selves.

Contemplating the number of factors involved for our own personal selves to exist is a dizzying exercise.   As I think about the probability of my children’s existence, I think about my random chance meeting of my wife, which occurred in a very narrow time frame, where our proximity and circumstances were crucial.  The odds of us meeting, marrying and producing children together were very low, especially, when one considers the odds that both of our life decisions would bring us together at that point in time. Add to that – that at conception, over 70 trillion possible combinations of our DNA were possible. Only one of those combinations is produced at conception (or two in our case). The odds of our twins — their unique selves — coming into existence were very improbable.

When one also considers that for their self to exist, all factors that caused each of their ancestors to meet and reproduce had to occur exactly as it did. Any variation in any factors of reproduction for any ancestor would have sabotaged your personal existence.  In other-words, the odds of each of us existing are infinitesimally small (sort of like our own personalized Anthropic Principle — that the Universe had to unfold in a way to specifically to produce you).

I’ve briefly outlined three factors having to do with the state of our Universe, life, and self. The Anthropic Principle, the complexity of life, and the reproductive alignment of our ancestry suggests to me a miraculous chain of events needed to take place for my personal self to exist. My argument for these miracles is aimed at the skeptic who doubts the existence of any miracles. I believe there is room to define existence itself (IE the Universe) and the existence of our selves as miraculous.

The revelation of the name of God occurs with some fanfare in the Old Testament. Clues of pronunciation and meaning of His name are found in Ex 3:13-15 as a Hebrew wordplay on “I AM.”  It turns out this first person rendering of the concept of existence (“To Be”) is similar both definitionally and phonetically to the name of God, YHWH.[2]

“To Be” (the Universe) and “I AM” (self) are manifested aspects of the mystery of our reality, the Miracle, the Mysterium Tremendum. One metaphorical way to look at this verse is to consider the proposed creator of the Universe and of our Selves as also asking for recognized existence, “I AM that I AM.”

[1] The Walter and Eliza Hall Institute has produced a series of quality computer animated videos about cellular and molecular biology at http://wehi.edu.au/education/wehitv/