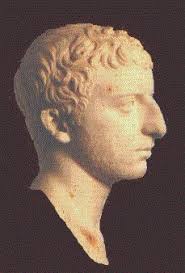 Whether we realize it or not, we look back at Jesus through the distortions of 2,000 years of theology. These distortions include ahistorical assertions about the words and life of Jesus dating back to the first century. We have seen many theologies of Jesus waltzing into the party of fact, masquerading as histories. But during the past two decades, we have arrived at a much better position to get through to the historical core of both Jewish and Christian sources about the historical Jesus. With that scholarship in hand, what would it accomplish if we could see Jesus through the eyes of his contemporaries—as a first century Jew or a Christian Jew? The result will be a wide variety of views, as we shall see. And there is no guarantee that a first-century Jew would understand the complexities of Jesus better than a twenty-first century Buddhist. But, if we are lucky, seeing Jesus through the eyes of his first-century Jewish contemporaries may give us a greater appreciation of who he was and his message for us in our own time.  It might even help us appreciate and celebrate his birth better. How did the Jews of the first century think of Jesus, their fellow Jew? Let us briefly summarize the sources.

“At this time there appeared Jesus, a wise man. For he was a doer of startling deeds [paradoxa], a teacher of people who received the truth with pleasure.”

If this reconstruction of Josephus’ words is accurate, Josephus summarized Jesus’ role as Wise Man into two aspects: as a teacher, and as a doer of astonishing deeds. Let us take these two aspects of Jesephus’ Wise Man one at a time. First, teacher. A broad range of scholars have concluded that the primary focus of the message of Jesus was the Kingdom of God and his primary teaching tool was the use of parables. What about Josephus’ mention of Jesus’ “startling deeds?” It is also the consensus of scholars that Jesus was known as a healer and exorcist. In these two senses, Josephus would have seen Jesus as part of the wisdom tradition that he traces back to Solomon.

Josephus celebrated Solomon as the prototypical Wise Man above all the Hebrews of his time, and greater than all of the Egyptians whose wisdom was widely believed to be above all peoples. In Antiquities of the Jews 8:2:5, Josephus describes the products of Solomon’s wisdom, which include songs, parables, and the practice of healing and exorcisms. Josephus outlines the skill of Solomon in producing 3,000 parables which included characters such as beasts, the earth, and air. We also know from rabbinic literature that there was a strong tradition among first century Jews of speaking in parables, following Solomon. But the parables of Jesus were quite unusual for their time. His parables were more than mere illustrations of wisdom. They were artful, paradoxical, and socially revolutionary.

Josephus states that Solomon’s methods of cure and exorcism had been handed down and were practiced among the Jews of his own time: “This method of cure is of great force unto this day.” He cites an example of an exorcism that he personally witnessed by an Eleazer who utilized a method of exorcism that he claimed originated with Solomon. Before the exorcism, Eleazer set up a basin of water nearby and commanded the evil spirit to tip it over as a sign to the Roman spectators that the devil had been cast out. Josephus summarizes his argument by stating that all of this evidence points to Solomon as a man of great skill and wisdom, and that he was virtuous and beloved of God.

A variant of this tradition is found in the Dead Sea literature; the Genesis Apocryphon and the Prayer of Nabonidus use language similar to that found in the New Testament to describe healings and exorcisms accomplished by Abraham and Daniel. So we find that the central aspects of Jesus’ teaching and miracles arise out of the midst of a strong first-century Jewish tradition. One of the labels that a first-century Jew might have attached to Jesus would be Wise Man in the tradition of Solomon, as in the description by Josephus. This was a role associated with healing, exorcism and the teaching with parables.

Another tradition related in rabbinic literature and in Josephus consists of stories of the Hasidim, the Holy Men, during or just prior to the first century. These radical rabbis seemed to be emulating the prophetic powers of Elijah and Elisha in restoring a religion of charismatic power in Israel. We must be cautious, because our sources in the Talmud on this subject are late and not wholly reliable. But the following we can know.

One such Hasid was Honi the Circle Drawer. Honi was known for drawing a circle in times of drought and stating that he would not exit the circle until God sent rain. After Honi prayed, according to our sources, God sent rain. Another Hasid, Hanina ben Dosa, was known for his power in healing the sick. The Mishna, Sota 9:15, contains a list of great rabbis of the past. Here it states that “When Hanina ben Dosa died the men of deeds ceased.” This likely refers to his working of miracles, like Elijah. When Josephus discusses Jesus he uses the same word that he uses to describe Elijah: “paradoxa,” startling deeds. For Josephus, both Jesus and Elijah were doers of “startling deeds.”

I believe that first century Jews would have seen Jesus as part of this restoration of the ancient prophetic powers longed for in times of trouble. But beware of those claiming to Restore the ancient order of things—Caesar, Handsome Lake (an Indian contemporary of Joseph Smith), and Josiah all sought to restore the ancient order, often based on experiential religion, miracle, visionary experience, and discovery of supposedly ancient texts. Anthropologists call these movements Revitalization Movements. While they claim to restore the ancient order, they may actually be a means of innovation and a means to establish authority for the dispossessed and their experiential religion over the intellectual authority of traditions, priests, and scholars.

The historicity of one New Testament episode is questioned by many New Testament scholars, but reflects authentic first-century views about Jesus even if it’s not a scene from Jesus’ life. According to the Gospel of Mark,

“Jesus and his disciples set out for the village of Caesarea Philippi, and on the road he asked his disciples ‘Who do people say that I am?’ They answered, ‘John the Baptist. Others say you are Elijah. Still others say that you are one of the prophets.’ ‘And you,’ he asked, ‘who do you say that I am?’ Peter answered, ‘You are the Messiah.’ (Mark 8:27-29, written after 70 CE. The translation is my own. This episode was later redacted by Matthew 16:13-23 and Luke 9:23-27.)

The notion of Messiah in the first century was very complex. It could be an apocalyptic figure, Qumran’s priestly messiah from the tribe of Levi, a descendent of David, a king, a prophet, or spiritual leader.

From a Jewish point of view, one of the most startling practices of Jesus was his program of open meals, open even to tax collectors and sinners. This influenced the later Christian views of Jesus as Messiah. Jesus apparently held tolerant, perhaps even accepting views of Samaritans and Gentiles. In contrast, Jesus ben Sira prayed that God would strike down all Gentiles. The Essenes were even more insular. They believed that not only Gentiles, but the apostate Jewish leaders who had thrown them out were worthy of God’s apocalyptic wrath. Initiates among the Essenes had to train for a full year before they were considered worthy to eat with the community.  It appears that both Pharisees and Sadducees held to strict purity laws regarding participants in meals, even to the containers of food and drink. There is multiple attestation in the New Testament that the historical Jesus rejected the dietary restrictions of the Pharisees on purity. From the little we know of the Sadducees, their dietary restrictions may have been even more rigorous. The purity of the temple was to be extended to everyday life, including meals. To keep Israel pure, we must exclude the impure. But in Jesus’ eyes, the Essenes, Pharisees and Sadducees were all reversing the protocol of purity and redemption. The poor and the impure are precisely those who are invited to the apocalyptic banquet of the kingdom. It is both ironic and apropos that the very Jewish leader who neglected ritual purity in meals, would be known by his followers as the Messiah, the sacrificial lamb to cleanse all impurity.  Paradoxa, indeed.

The apocalyptic message of the gospels is well known. The message resonates with apocalyptic figures such as John the Baptist, the Essenes, and others, and in lists of apocalyptic works available at the time, such as the Assumption of Moses. In apocalyptic, the current age is controlled by evil. But God will come or send a messenger to reverse the control of the evil age through great trauma. The Gospel writers tell us that Jesus was an apocalyptic preacher. In this assessment of Jesus as apocalyptic preacher, I believe that they were accurate. Jesus taught that the apocalyptic kingdom (a symbol for the reign of God) was near, and that his disciples would not be able to complete their missionary work in Israel before it would arrive. Jesus spoke much of this kingdom that was coming. But there is no consensus among scholars that we possess any historically accurate statement in which Jesus stated who he was in this drama. But within two decades of his death, Christian communities started to accept Jesus as the apocalyptic Messiah.

In summary, we know from the New Testament that at least some first century Jews saw Jesus as a prophetic restorer of the powers of Elijah, similar to the miracle-working Hasidim—Honi the Circle Drawer, and Hanina ben Dosa. Jesus, like John the Baptist, was almost certainly a preacher of an impending apocalypse. After his death, and perhaps even during his life, some Christian Jews saw him as more, as an apocalyptic Messiah. (To be continued in Part 2.)

[i] Antiquities of the Jews 18:3:3. Written 93-94 CE. This is the version proposed by John Meier after editing out the clear Christian additions to the text. See John P. Meier, A Marginal Jew: Rethinking the Historical Jesus, vol. 1 Anchor Bible Reference Library (New York: Doubleday, 1991) pp. 56-69.