Within a few weeks of meeting Joseph Smith, D&C 6 & 8 were received for Oliver Cowdery

This week’s Gospel Doctrine lesson (#5, “This Is the Spirit of Revelation“) covers D&C 6,8 and 9 which discuss Oliver Cowdery and revelation.

Both sections 6 and 8 each discuss two gifts regarding Oliver Cowdery. Those who have compared D&C 8 with the earlier versions of that revelation (such as in the Book of Commandments) are aware that one of the gifts  is a revelatory rod owned by Oliver Cowdery. In this post, I’ll provide textual evidence that the first gift mentioned in D&C 6, is the same as the gift of the rod described in earlier versions of D&C 8.*

A – The earliest available text of what the Joseph Smith Papers editors titled “April 1829-B” from A Book of Commandments & Revelations as recorded by John Whitmer, copied sometime between the spring and the end of 1831.[ii]

B – Edited text of “April 1829-B.”  This includes handwritten modifications to the text by John Whitmer, Oliver Cowdery, Sidney Rigdon and an unidentified scribe.  Most of the changes were by Sidney Rigdon, probably in November 1831.[iii]

Below, I use A, B, C and D to reference each of the versions of this revelation.

The second gift is discussed in verses 6-12. An amalgamation of A, B, C & D reads as follows:

(7) Behold there is no other power save God, that can cause this [thing of nature A/ rod B/ rod of nature C/ gift of Aaron D] [to work in your hands for it is the work of God ABC/ to be with you D]

(8) {… you shall hold it in your hands, and do marvelous works; and no power shall be able to take it away out of your hands, for it is the work of God. D}

(10) remember that without faith ye can do nothing [therefore ask in faith. D] trifle not with these things do not ask for that which ye had not ought

The text indicates the rod has been an object of revelation for Oliver Cowdery. “[F]rom the beginning” (before meeting Joseph Smith) it has been telling Oliver “many things”  Only God caused it to “work in [his] hands.” Whatever Oliver asks, the rod will “grant to know” and he is to “not ask for that which [he] had not ought,” but ask to “know the mysteries of God.”

10) Behold thou hast a gift, and blessed art thou because of thy gift. Remember it is sacred and cometh from above—

11) And if thou wilt inquire, thou shalt know mysteries which are great and marvelous; therefore thou shalt exercise thy gift, that thou mayest find out mysteries …

These parallels provide solid evidence that this gift spoken of in both sections is one in the same. 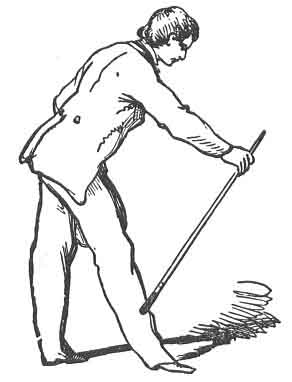 Knowing they both have to do with Oliver Cowdery’s revelatory rod allows these sections to be read in a different light, with a more historically accurate understanding.

* This post is part of a paper presented at the 2010 Salt Lake Sunstone Symposium, “Oliver Cowdery’s Rod of Nature”

[i]A Book of Commandments & Revelations (also called “Revelations Book 1” by the editors) is the first of two books published in the Manuscript Revelation Books, the first volume of the Revelations and Translations series, edited by Robin Scott Jensen, Robert J. Woodford, and Steven C. Harper (Salt Lake City: The Church Historian’s Press, 2009). This is part of the Joseph Smith Papers project published by the Church of Jesus Christ of Latter-day Saints.

[iii]Jensen, p.5-7.  Michael Marquardt suggests Rigdon would also have had opportunity to edit the revelation in April 1832.