The church recently announced a new edition of the scriptures noting that “more than 99 percent of the adjustments are in the study aids.” I spent some time looking at one of those aids — the Bible Dictionary (BD) and compared some entries with the old version.

A summary of types of changes to the BD lists spelling, capitalization, reference corrections, reformatting (including the creation of subtopics) and factual / historical corrections.

I found examples of all of these, such as changing the spelling of “Judaea” to “Judea,” or changing historical data in the entry for “Temple” (the date of the destruction of the temple is changed from 600 B.C. to 587 B.C, and the reconstruction “almost a hundred years later” is changed to “almost 70 years later”).

Other types of changes provide slight shifts in meaning. For example under the entry for “Spirit” the reunion of the body and spirit will result in a body that “will be immortal and perfected” rather than “not [being] subject to aging and death.”

I found some of the other changes to be more interesting. They seem to serve a purpose other than the categories described in the summary of changes. Below are a few examples. I’ve added emphasis to underscore the changes.

To the rather clinical description of adultery, the new edition adds a stern warning to readers:

Severe penalties were given in the Old Testament for adultery; and unrepentant adulterers will suffer the judgments of God in the world to come. 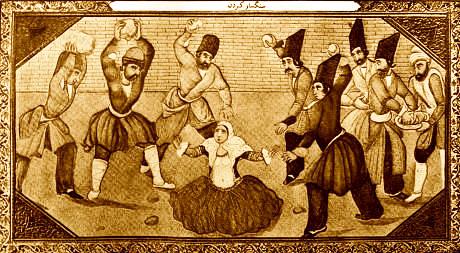 The added sentence seems to infer a relationship between suffering from God’s judgments in the next world, and punishments exacted in the Old Testament for adultery. [1]

This entry was adjusted to remove the once prominent position of Presiding Patriarch from the list of revelators. The office was discontinued in 1979 when the previous edition of the scriptures was being released (1979 & 1981). The old entry reads:

In the Lord’s Church the First Presidency, the Council of the Twelve, and the Patriarch are prophets, seers, and revelators to the Church and to the world.

In the new entry, the Church Patriarch is no longer included with those considered prophets, seers and revelators.

This office was first held briefly by Joseph Smith, followed by his Father Joseph Smith Sr., and through various descendents (and a brother) of Joseph Smith Sr. The office held high prominence, considered above that of the Council of the Twelve for a period of time. Some thought the Patriarch had the right to succeed the president of the church and become the next prophet.

However, problems with various Patriarchs plagued the patrilineal office leading to its eventual demise. Problems started when the last surviving brother of Joseph Smith, church Patriarch William Smith, was excommunicated by Brigham Young. Further problems occurred over time with substitute patriarchs, gaps in the office, a release for immoral behavior, etc… Eventually President Spencer W. Kimball did away with the office.  Today the last church Patriarch Eldred G. Smith remains alive at age 106, and would have been the longest living and longest serving General Authority if he had not been granted emeritus status 34 years ago (for perspective, Thomas S. Monson was six years old when he was first considered for the office). 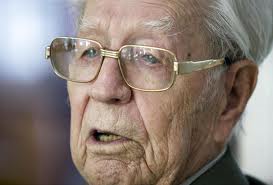 Several lines in this entry had modifications. For example,

“More powerful than that which is available before baptism, it acts as a cleansing agent to purify a person and sanctify him from all sin”

“For those who receive this gift, the Holy Ghost acts as a cleansing agent to purify them and sanctify them from all sin.”

The idea of a less powerful influence of the Holy Ghost for those not baptized apparently needed to be removed. The new entry goes on to use the gender-inclusive “them” rather than “him.”

Fall of Adam and Eve, Resurrection, and Death

… The fall of Adam and Eve is one of the most important occurrences in the history of man. Before the fall, Adam and Eve had physical bodies but no blood. There [were / was] no sin, no death, and no children among any of the earthly creations. With the eating of the “forbidden fruit,” Adam and Eve became mortal, sin entered, blood formed in their bodies, and death became a part of life. …

Related changes occurred in other sections. For example the old entry for “Resurrection” says resurrection “means to become immortal, without blood, yet with a body of flesh and bone” but the new version removes “without blood.”

Joseph Smith taught there would be no blood in resurrected bodies. [3] The idea that Adam was without blood in the Garden of Eden may have originated with Orson Pratt. [4]

Some questions came to my mind as I looked through these changes:

1. The BD entry for “Punishment” describes stoning, burning, and even hanging the dead punished body in a tree, all punishments applicable to adultery.

2. The entry for Eve is the same except for the addition of 1 Tim. 2:13 as a reference verse, which states “For Adam was first formed, then Eve.”

3. Joseph Smith said “Flesh and blood cannot go there [where Adam and Jesus are] but flesh and bones quickened by the Spirit of God can” [Faulring, Scott (ed.), An American Prophet’s Record: The Diaries and Journals of Joseph Smith, Oct 9, 1843]

He also stated “when our flesh is quickened by the Spirit, there will be no blood in the tabernacles” [Andrew F. Ehat and Lyndon W. Cook, The Words of Joseph Smith, May 12, 1844]

4. See WWE blogger David Tayman’s 2011 critique of the Bible Dictionary’s discussion of blood and the fall where he traces the origin of the idea of Adam gaining blood at the fall to Orson Pratt in May, 1853. It appears David’s proposed changes to the BD were either prophetic, or his advice was taken.